Who were the earliest women paranormal writers? Most people would say Charlaine Harris, but if you include Gothic books, that brings in the Bronte sisters and Mary Shelley. Then there’s Ann Rice, and I’ve enjoyed many of her books. Don’t forget Dion Fortune!

Dion Fortune (aka Violet Mary Firth Evans) was a great occultist, psychic, and magus and contributed enormously to the Western Mystery Tradition. She founded a group called “The Society of the Inner Light.” Her group was similar to the Golden Dawn. I read and reread some of her books on occultism, like The Mystical Qabalah, nearly twenty years ago. Dion Fortune is venerated for her Magical Philosophy series. Her fiction works I didn’t read until much later.

I particularly like her books Moon Magic and The Secrets of Dr. Taverner, because I think they give the best insights into the making of a Magus. There are passages that describe the magical personality, use of a magic mirror, astral projection, etc. that are among the best I’ve ever read.

Her fiction books have the usual faults of beginning writers (too much backstory in the front, slumping middles etc.) but they pioneer a new genre, that of paranormal and paranormal romance fiction. Also, her depictions of women are ahead of their time.

Dion Fortune’s main character in Moon Magic, Vivian Le Fay Morgan, inspired Marion Zimmer Bradley to create the character Morgaine in the hugely successful and important book The Mists of Avalon. From Wikipedia: “Diana L. Paxson, author, sister-in-law and long-time collaborator of Marion Zimmer Bradley, credits Dion Fortune’s work on the mystical aspects of the Arthurian legend as being the inspiration for The Mists of Avalon. She stated in a letter which was included on the Random House author bio page for Zimmer Bradley, that Dion Fortune’s Vivian Le Fay Morgan was both the progenitor and descendant of the Morgaine that came to life in the Mists novel.”

Dion Fortune explored paganism, celtic myth, and Arthurian myth in several of her books, particularly in Glastonbury Avalon of the Heart. I was also impressed by how far ahead of her time Dion Fortune was in regard to her female characters. Vivian Le Fay Morgan in Moon Magic enjoyed sexual freedom, which was unheard of back when the books were published. She was a strong, independent woman who did not need a husband or children to be a whole person. Also, she was an accomplished magus and priestess.

I have found that exploring Dion Fortune’s fiction has given me a greater appreciation of her accomplishments. I find that her fiction is well worth reading today. 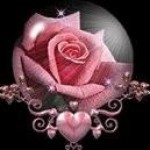